“A take away that will last a life time. How I wish I'd discovered this for my team twenty years ago.”
Paul Culleton. J&J HR Director

The REMIX Process is here to assist anyone who, in their daily life, experiences trigger events that result in a loss of energy.
How do we recover from that outside trigger by changing our inner mindset?
Try the REMIX process below, or download the PDF. It works! 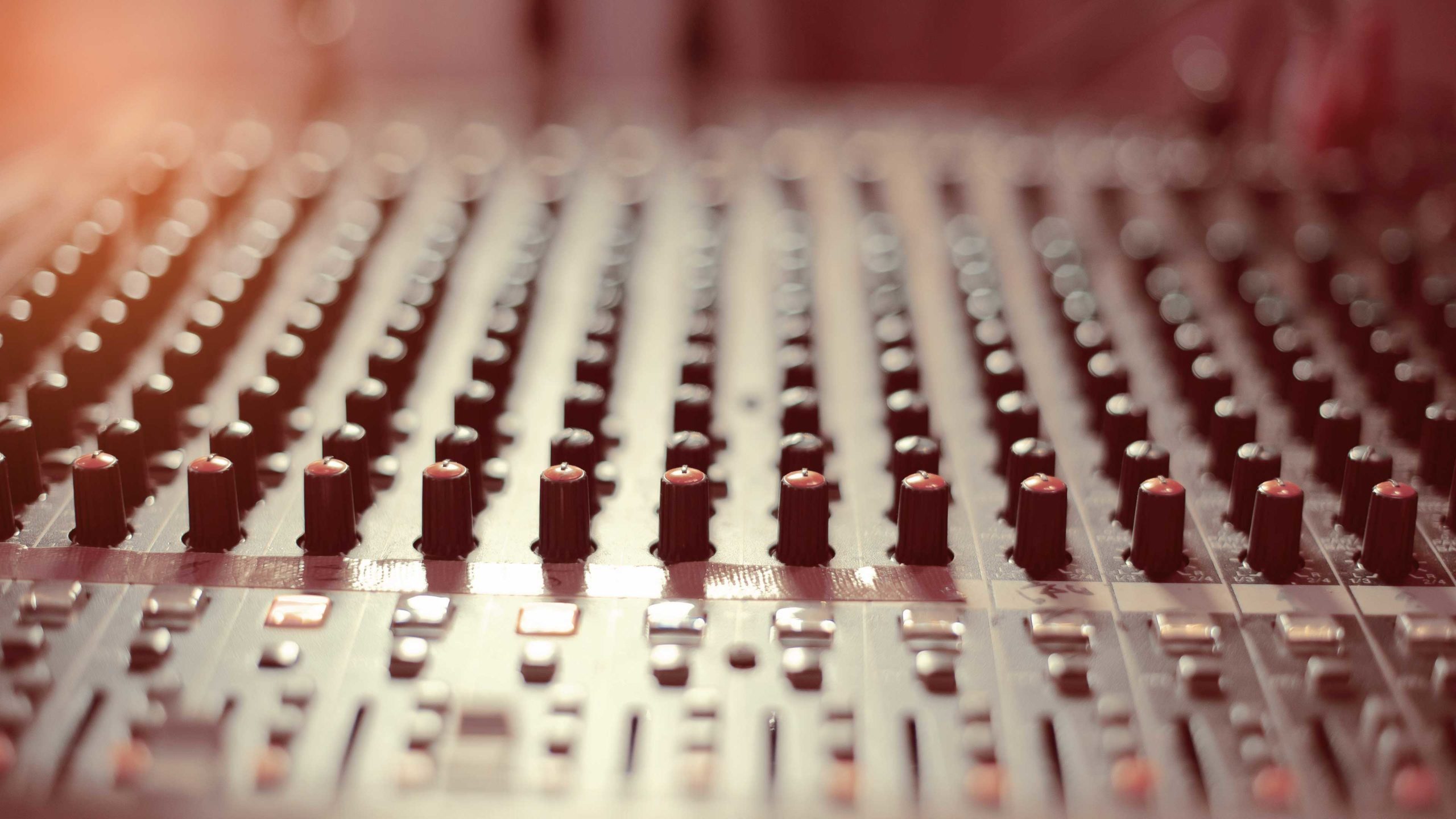 How do you create and maintain an agile mindset?

When you see a star on stage getting the crowd going with their latest upbeat HIT song, you might think, "They have no problems at all. What a life!" However, they may be singing a different song inside.

After decades of working in the music business with artists like Scritti Politti, David Bowie and Madness Tom Morley describes some different, more private 'hits'.These are the doubts that beset us all, stars included.

Help is at hand though with Tom's 7-Step REMIX Process. Everyone can now turn that sad secret ballad into a public dance classic. Described with authentic vulnerability and self-effacing humour this is a take away that everyone loves. Here’s an example from January 2000.

The 7-Step REMIX Process takes between 20 and 40 minutes and should be done in a place where you won't be interrupted.

Breathe. Feel the way the beat has changed.

Is the song authentic?

Erase the rubbish lyrics and keep the 5% that are inspired.

Boost the bass and re-record the lyrics to express my genuine feelings.

Get my inner DJ to play the new version.

Feel my energy and enthusiasm returning.

To do this yourself you have to pinpoint an exact ‘hit’. This is crucial because when you have that hit it takes less than a second for the avalanche of self-criticism to begin. You need to go back to that exact point in time. For example...

I’m walking down the High Street, it’s a sunny day. I’m responding, responding and responding to life but then I ‘take a hit’ and react.

How do I know?

What did I react to? Why did my mood suddenly change?

Let’s take a look around. It’s a normal High Street, the usual shops…I just walked past a harmless looking newsagent’s shop and I glanced at… the magazine covers.

That triggered the reaction, that was ‘the hit’. No one else noticed, no one else's world changed. Just mine.

I now need to PAUSE, REWIND and LISTEN to the words of the sad song that started playing in my head. I'll need to write them down. Here goes...

“I used to be on front covers like that, I never will be again.

I used to be someone people liked.

That time has gone now and I blew it.

All my old mates are rich and successful.

I can’t even tie my own shoelaces.

If I’d been smarter I’d still be there on those covers.

I’ve blown every chance that’s ever come my way.

Others would have made the most of it.

Even if something new was to come along I’d mess it up somehow.

People don’t want to know me any more.

They turn away in embarrassment when I walk into a room.

The world would be better off without losers like me messing it up for everyone else.

I’ve become one of those depressed whingers I hate.

I’ll die in the gutter and deserve it.”

In order to EDIT this song, I’ve got to erase what’s rubbish and record what’s authentic.

So I’m going to go through each line, like any songwriter, looking for the essence.

“I used to be on front covers like that, I never will be again”. ERASE

RECORD: I ended up on those covers by pure chance — I didn’t aspire to it, I was going to be an artist, not a musician.I did it while I was young, which is the best time. I’m glad I did, I was lucky to have met Green who had a plan. Who knows what will happen or who I’ll meet in the future? Not me.

“I used to be someone people liked”. ERASE

RECORD: And people still like me. I’m not famous like I used to be but I have a bunch of loyal close friends who love me. That’s undeniable, and that’s what I’ve always wanted most.

“That time has gone now and I blew it”. ERASE

RECORD: The time has passed yes, but I didn’t really blow it. I did what at least 95% of young people who are elevated to fame too early do and believed the hype. I stopped paying attention to the quality of my work and partied too hard instead. It was a choice. I hate to admit it but I was ‘normal’ in my approach to fame.

“All my old mates are rich and successful”. ERASE

RECORD: A small percentage of my old mates are rich and successful, some are dead from excess, most are re-adjusting to the normal commercial world like me and learning we may be unique but we’re not ‘special’. We’re not blessed, it’s time to look after ourselves like everyone else.

“I can’t even tie my own shoelaces”. ERASE

RECORD: My co-ordination DID go for a while at the height of my depression but gradually it’s coming back. I’m making progress and I seem to be developing a commitment to doing something new to help myself every day.

“If I’d been smarter I’d still be there on those covers”. ERASE

RECORD: I miss being famous yes, but only a tiny percentage of people get on ONE cover in their lifetime. Staying there is hard work and I wasn’t ready for it. I’d have had to be a different person, and I wasn’t.

“I’ve blown every chance that’s ever come my way”. ERASE

RECORD: The fact I was there at all shows I’m good at maximising chances. All successful people rise and fall, rise and fall. All the interesting ones do anyway.

“Others would have made the most of it”. ERASE

RECORD: I made the most of it. Really. Because of Scritti Politti’s D.I.Y. approach I learned about record production, artwork design and packaging, distribution, recording, how to stand my ground in an interview and how to deliver what I wanted to say in a way that provided the content they wanted. I REALLY made the most of it, skills-wise it set me up for the rest of my life.

“Even if something new was to come along I’d mess it up somehow”. ERASE

RECORD: I’ve made the most of every opportunity that’s ever come my way. I’m known for it.

RECORD: That’s just nonsense. People invite me to get involved with their projects because they know I’ll go for it 100%. I can’t stop myself.

“People don’t want to know me any more”. ERASE

RECORD: I have a good heart and I’m committed, because of my childhood experiences, to being authentic. I’m hard-wired that way. My values include Honesty, Justice and Imagination. People generally like me if they get to know me, and often pick up a vibe they like within a few minutes of us meeting. I’m glad some people don’t like me, for real.“They turn away in embarrassment when I walk into a room”. ERASE

RECORD: This is nonsense. I’m generally welcomed warmly, even when I DON’T have a drum under my arm.

“The world would be better off without losers like me messing it up for everyone else”. ERASE

RECORD: I’m not messing it up, I’m committed to healing it wherever and whenever I can.

“I’ve become one of those depressed whingers I hate”. ERASE

RECORD: I became someone who needed help for a while. However, as my wife said, I was easy to look after because I never gave up, even in the very depths I had the determination of a crocus impossibly trying to break through the tarmac to reach the light.

“I’ll die broke and alone. In the gutter.” ERASE

RECORD: Because it’s in the future I don’t know how I’m going to die. But I imagine I’ll die in a loving community somewhere and I’ll have spoken with a number of trusted facilitator friends beforehand to ensure my funeral is a celebratory affair with much singing, drumming and dancing.

I now have a remixed, and somewhat more ‘upbeat’ song, I need to give the press a quote regarding my plans for the future, supplying them with easy content to publish worldwide, so the song becomes real by being out there.

In this instance I’m going to say…“I’ve been diving deep recently and though I’ve been through some hard times I’m using all those experiences as a firm foundation for creating something new. When I was younger I used to occasionally see these eccentric older guys at parties, still in the groove, showing me that you don’t HAVE to give it all up when society tells you to. They inspired me with their Mad Hatter looks and their “I’ve been to hell and back and I’m still dancing” vibes. That's who I've become. A proper Elder. Hopefully you’ll hear in this latest release a groove that’s been designed to span the generations, honouring ALL of our journeys”.

This is all a metaphor of course. I don’t have to dance. It just means returning to the day with enthusiasm, not false positivity, but genuine gratitude for what I have right now.

We want to be clear here. Once you've committed to doing this you need to continue with the process to the end. You might feel pretty bad looking at the avalanche of criticism on the page - keep going! This is no time for' "I'll put the kettle on" or, "I'll finish this later". Nobody like to face this stuff, or even admit to having such a critical voice in their head, but it's completely normal.

Carry on, you're 10 or 15 minutes away from feeling a whole lot better.

If you have any questions about this process please contact us and, if we can't help you, we will ask Tom to answer you directly. He's passionate about this work.

A personal message from Tom.

"I learned all this from Dr. K. Bradford Brown, creator of the public 'More To Life' programme. I've adapted the language to suit my audiences but the processes, especially that of verification, came from him. I pass this work on in gratitude to Brad, as a way of honouring and developing his work".